Hope you have been enjoying your weekend and you have plans to celebrate that special man in your life today...for today is Father's Day! I am not sure what our plans are yet, but whatever my hubby wants to do is how we will spend our day.

The idea of Father's Day was met with criticism and jokes for not being "manly" enough. However, with Presidents Woodrow Wilson and Calvin Coolidge's combined previous efforts, President Lyndon B. Johnson was prompted to make an official proclamation in 1966 that designated the third Sunday in June as a national holiday, and in 1972, President Richard Nixon signed the law that made it permanent.

Here is a surprise card I made for my hubby when he and my daughter went out last night to a concert on The Square. 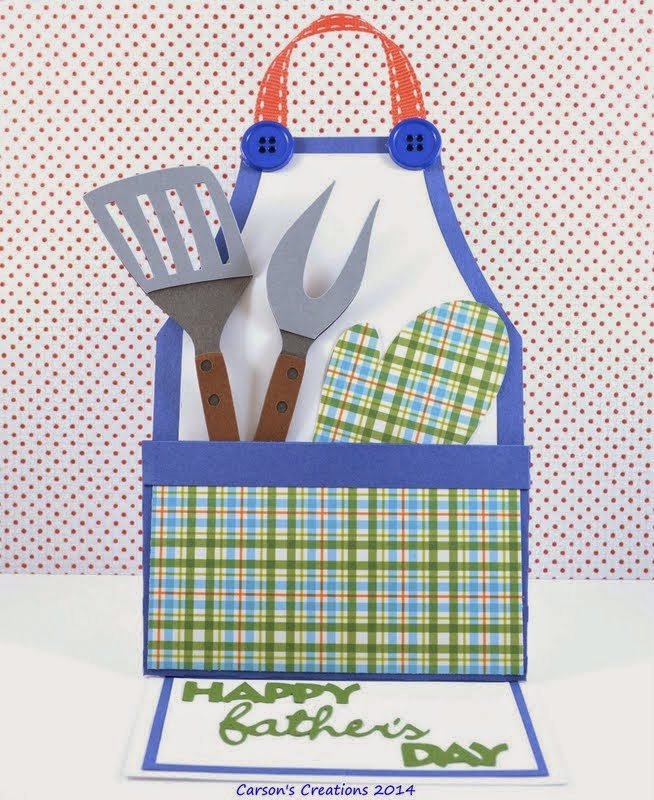 We let him pick out a new grill for Father's Day, so I thought this easel card from My Scrap Chick was a perfect match. It is the BBQ pocket and it is only $1 until tomorrow. 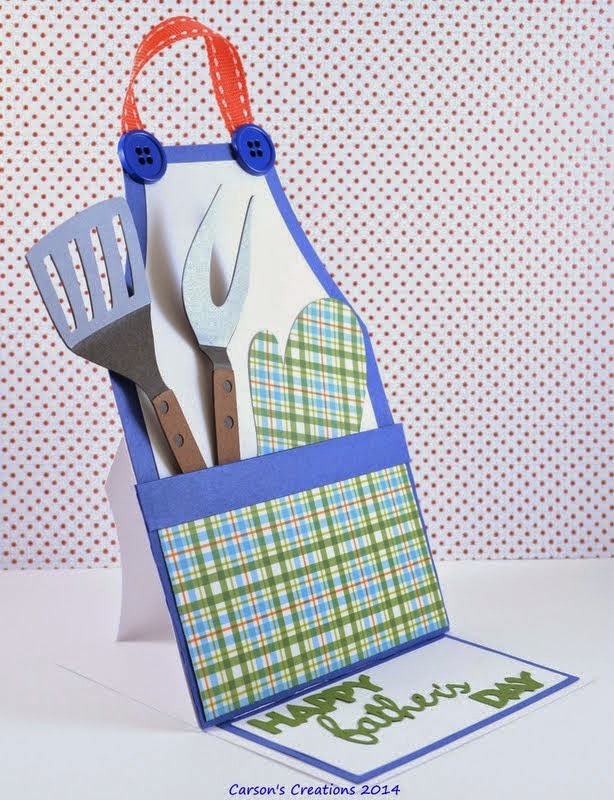 If you decide to make this card...be sure to bend the accessories slighty to make them look more realistic. You could even add a gift card in the pocket...I didn't since we will take him out to eat to wherever he chooses. It is usually a steakhouse...either Cody's or Logan's. I like both, so either place is fine with me! 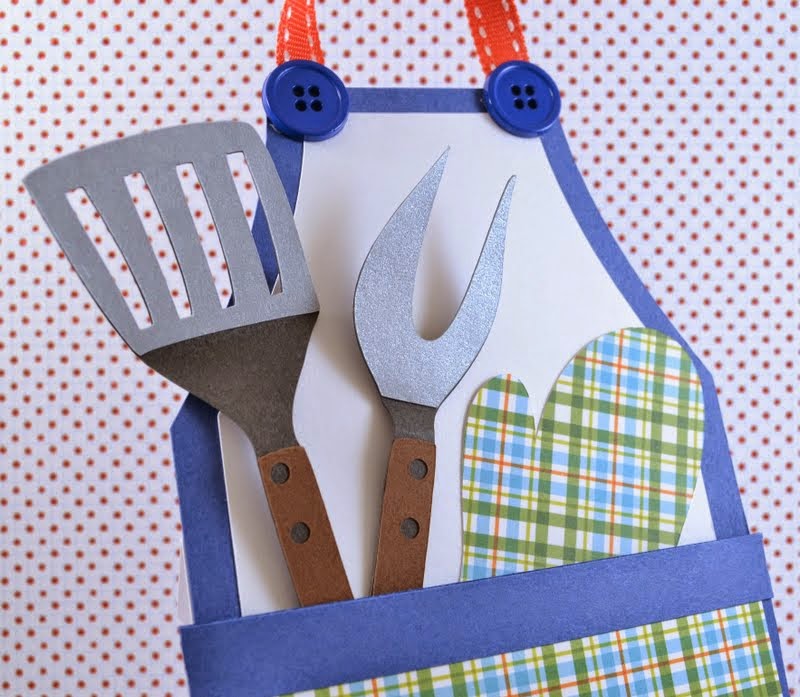 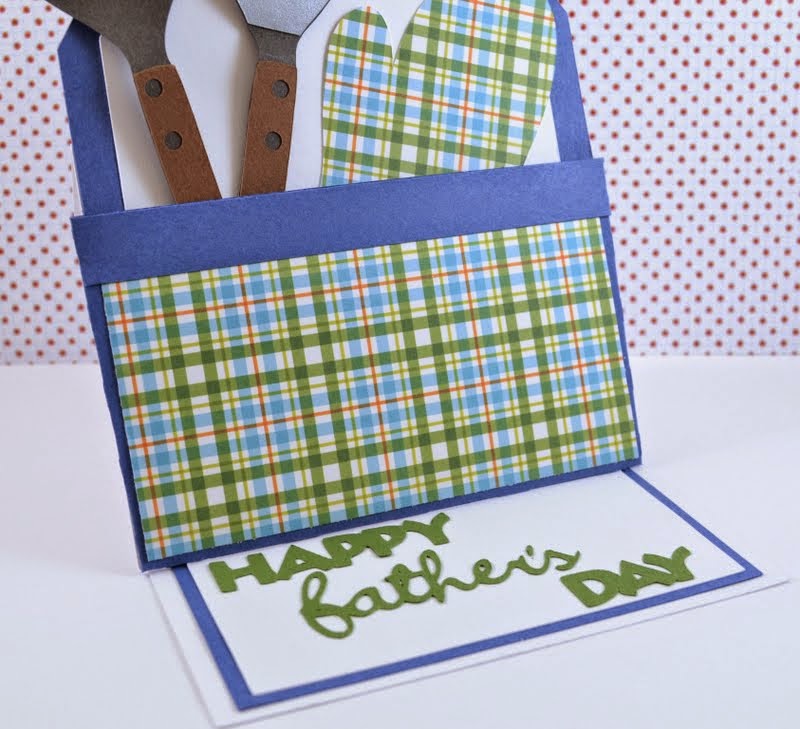